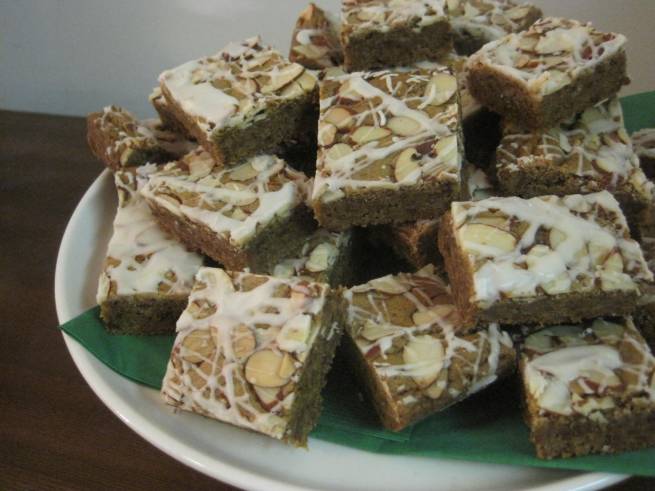 The luck of the Irish was certainly with me when I stumbled upon this recipe for Irish Coffee Blondies. Chewy, dense, and addictive, these St. Patrick’s Day treats are spiked with coffee and whiskey, because who doesn’t want uppers and downers in their desserts? 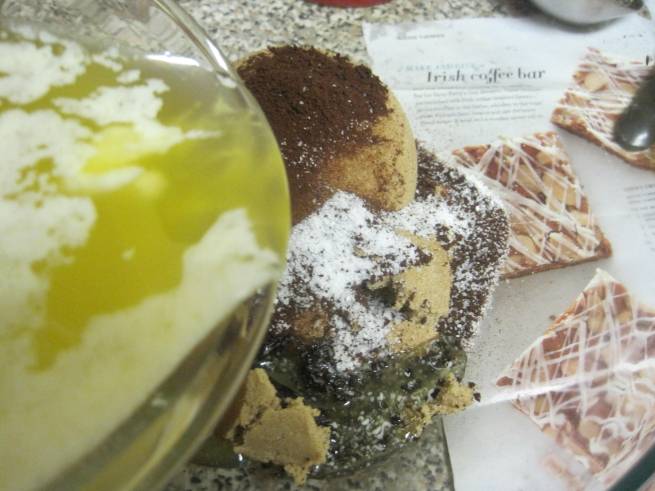 These bars were ridiculously easy to make — dangerously easy as they are soooo delicious. You don’t even need to use a stand mixer…all though I didn’t realize this until I’d fetched down my red beauty only to read the part of the recipe indicating all you’ll need is a large bowl and a spoon. Old school, nice. All I know is that recipes starting with copious amounts of melted butter and brown sugar are fine by me.

Sliced almonds give the bars a nutty crunch while the glaze (which is a trifecta of awesomeness: butter, powdered sugar, and whiskey. Uh-yeah) ties the flavors together with its boozey sweetness. Plus, it gives the whole thing a zigzaggy Jackson Pollack look.

I paired these blondies with my Double Mint Chocolate Cupcakes for a double dose of Irish desserts for the 5th annual St. Patrick’s Day party we threw last weekend. Which was epic, as always. The desserts were a big hit…or so I heard. 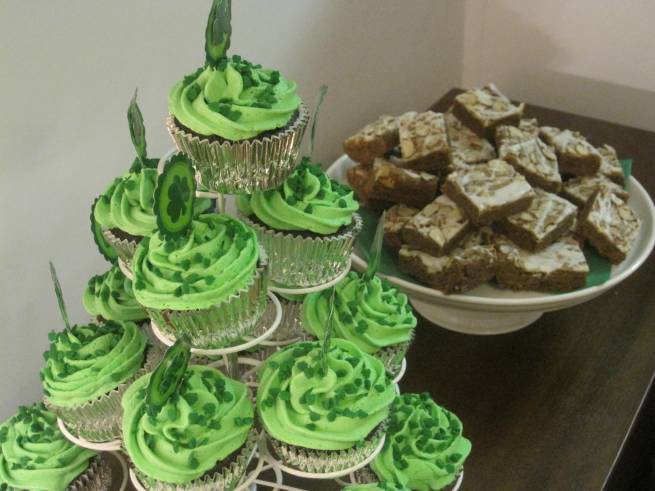 The cupcakes were devised from my own imagination. I contemplating repeating last year’s Irish Car Bomb Cupcakes, which were legendary, but I love to make new things each time. For some reason, mint and chocolate scream St. Pat’s to me — maybe it’s because mint is green? Regardless, I whipped up a batch of Martha’s One Bowl Cupcakes (my go-to) and nestled a little Ande’s mint between two layers of batter for a little minty surprise. 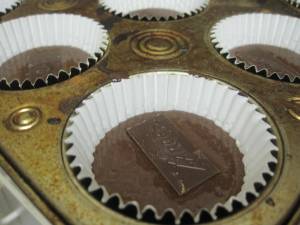 I topped the cupcakes with a swirl of Fluffy Vanilla Frosting mixed with a hint of mint extract (and um, green food coloring, clearly) plus a sprinkling of festive shamrocks and a cute little Irish topper. God, I’m a nerd.

I don’t mean to sound like a big a-hole, but I was totally concerned people would think these cupcakes were store bought. And I don’t mean like, fancy store bought, but more along the lines of pre-packaged grocery store cupcakes. I think it’s the color and the swirl of icing, but these are homemade, bitches!

Happy St. Patrick’s Day! Make some delicious treats to celebrate the day. Or just get schwasted, as is customary. Oh and be super jealous that any party you go to today won’t have a cooler invitation than this (thanks to APP):

I am an amateur cook and baker who likes to feed her friends and whip up a frenzy in the kitchen. While I adore butter, sugar, and every kind of baked good, I also like to experiment with healthier options and substitutions...sometimes.
View all posts by gttebykate →
This entry was posted in Cupcakes, Holidays and tagged Double Mint Chocolate Cupcakes, Irish Coffee Blondies, St. Patrick's Day. Bookmark the permalink.

4 Responses to Sweets for St. Pat’s